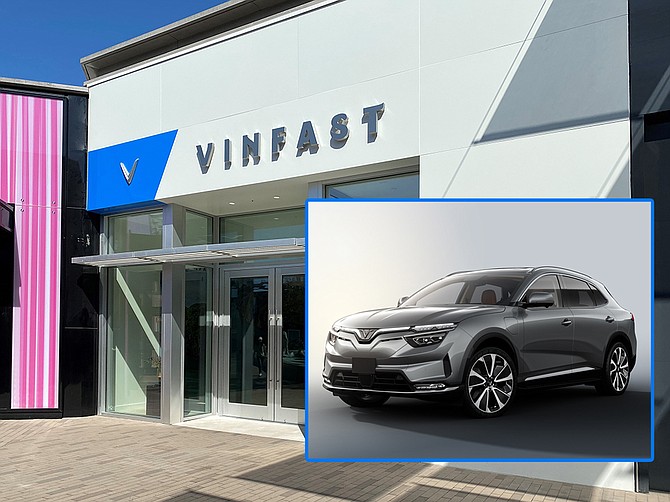 The entrance to the new VinFast showroom at Westfield UTC. The business strategies to market its VF8 electric powered SUV (inset) as effectively as other products there. Picture by Jeff Clemetson 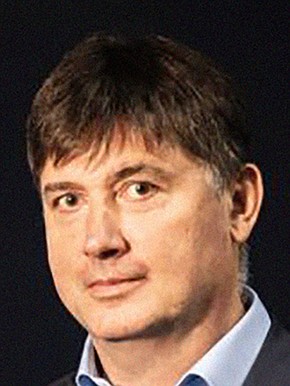 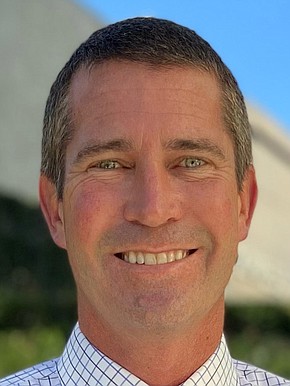 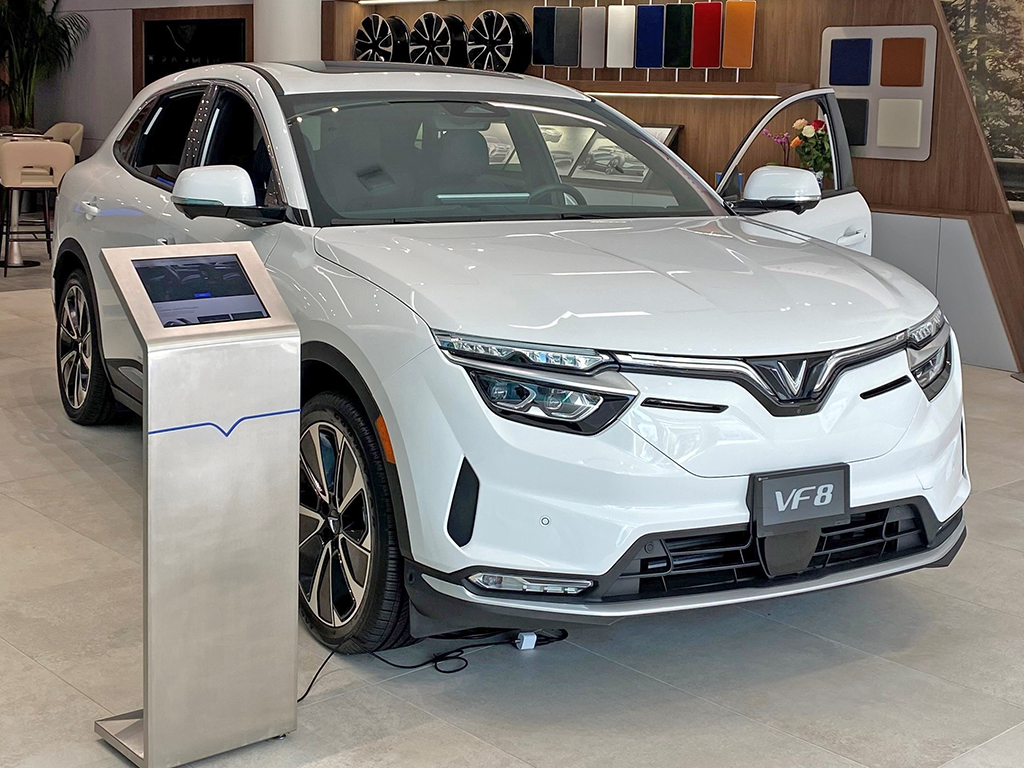