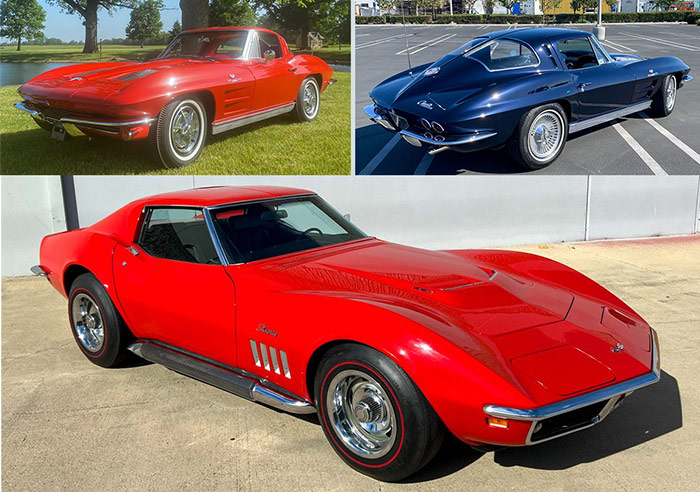 Our savvy friends at Corvette Mike have been buying, selling, and consigning Corvettes for 40 years now. Over that timeframe, they’ve helped countless enthusiasts find that special Corvette of their dreams. Whether you’re looking for a meticulously restored C1 or a factory-fresh C8 Stingray, Corvette Mike likely has what you’re looking for. Check them out online or give them a call at 714-630-0700.

This month they’ve got three outstanding Corvettes to share with us. July’s spotlight features a pair of decorated 1963 fuelie coupes and a 1969 L89 brute. All three award-winning Corvettes are fully restored, well documented, and among the most desirable Corvettes on the market today. 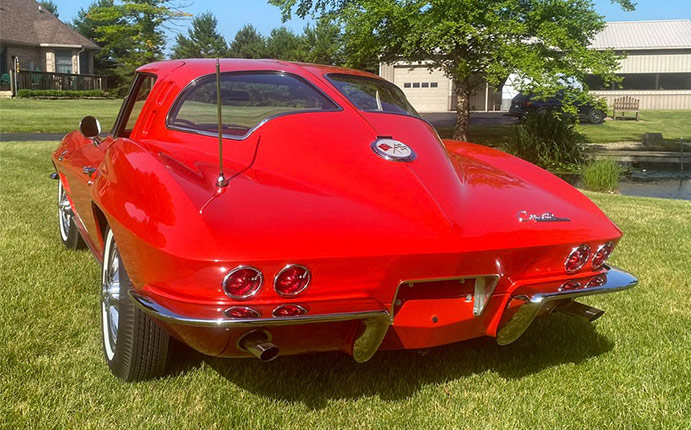 The 1963 Split Window Coupe continues to be one of the hottest sectors of the Corvette market. Each time one comes to market, there’s a line down the street with buyers hoping to get their hands on one.

1963 was the first year for Corvette’s 2nd generation. This example was born on May 31st, 1963 and is one of the 21,513 total Corvettes produced that year. Of those, 4,612 were painted the popular Riverside Red. Under the hood, we find a 360hp fuel-injected engine that’s mated to a 4-speed transmission. A 4.11 rear end completes the drivetrain. Other options are the handsome red interior, white wall tires, hubcaps, and an AM/FM radio. 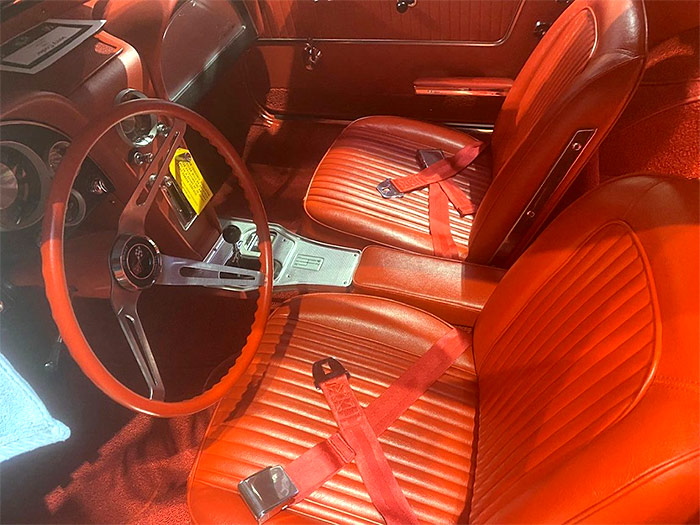 The car recently completed a two-year body-off restoration at the hands of an experienced Corvette restorer. The goal was simple – make the car look just like it did when it left St. Louis. Every piece of the car has been restored, replaced, or repaired. As you can see in the listing, this appears to basically be a brand new 1963 Corvette. The exterior, interior, engine, and chassis all present as new.

In June of this year, the car achieved a non-OEM Bloomington Gold Certificate losing just 200 of roughly 8,000 available points. That comes out to a score of about 98%. The judging sheets and Gold Certificate go with the sale. The listing openly states that the block numbers match, but the engine is not original to the car. The engine numbers were not judged at Bloomington Gold. However, the previous owner is confident that this beauty was born a real red/red machine. They also note that the 4.11 rear gear was swapped for a more driver-friendly 3.55 set. 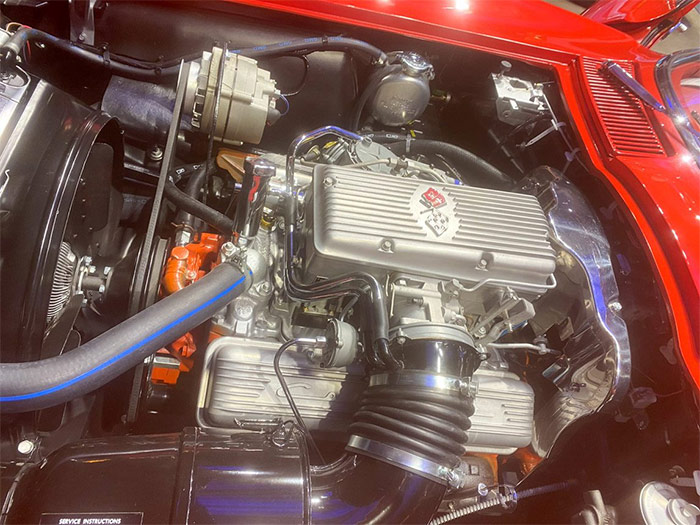 In the pyramid of collector Corvettes, there’s not much higher than an award-winning red/red 1963 fuelie coupe. Act quickly if you want this Sting Ray in your garage.

If red isn’t your thing, then check out this Daytona Blue 1963 coupe. Like the red car above, it also features a 360hp fuel-injected engine and a 4-speed manual transmission. This split window coupe is the recipient of an NCRS Top Flight award, and the engine markings have been certified original by Al Genning’s CCAS. 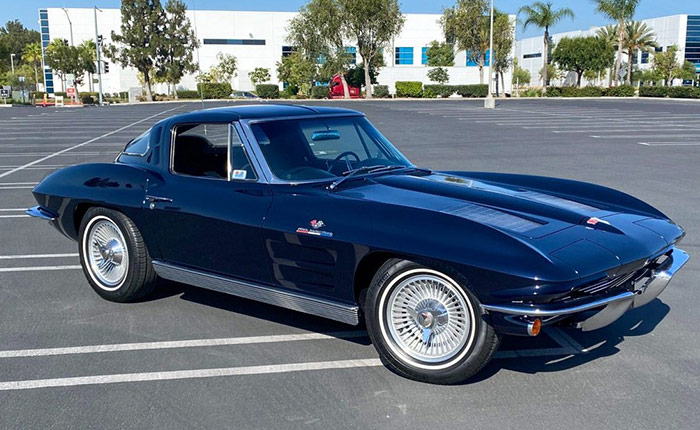 The numbers-matching Sting Ray recently returned to Corvette Mike after some time away in two prominent collections. Corvette Mike himself first bought this car in 1985 from the 2nd owner. 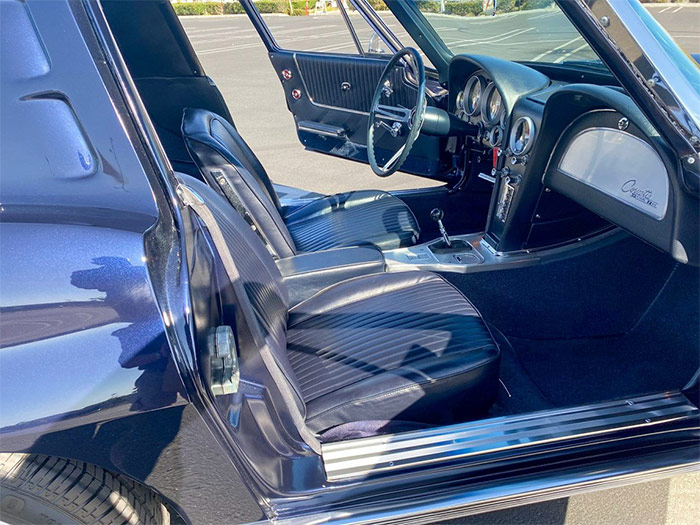 The highly desirable Daytona Blue exterior is complemented by a blue vinyl interior. Perusing the photos, again, we see a 1963 Corvette that appears like new. All aspects of the car are virtually flawless, and the listing states that everything works just as you’d expect it to. Just look at how clean that chassis is. 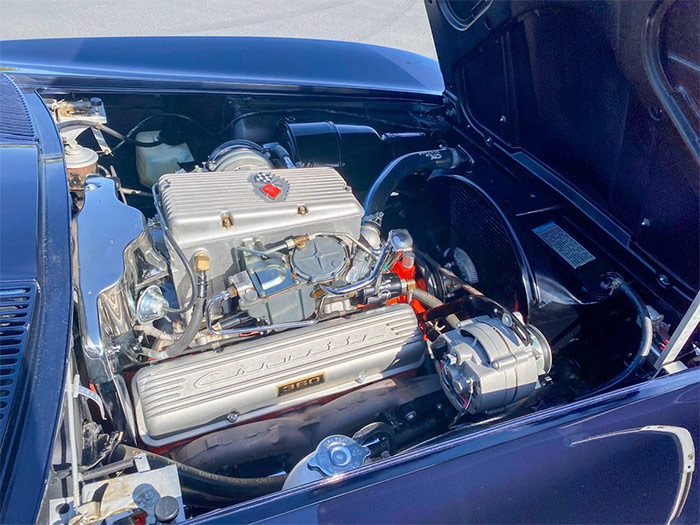 While they look great on the car, Corvette Mike does note that the knock-off wheels and tires shown are not included in the sale. Instead, the lucky new owner will get correct factory hubcaps mounted to bias ply 670×15 white wall tires. 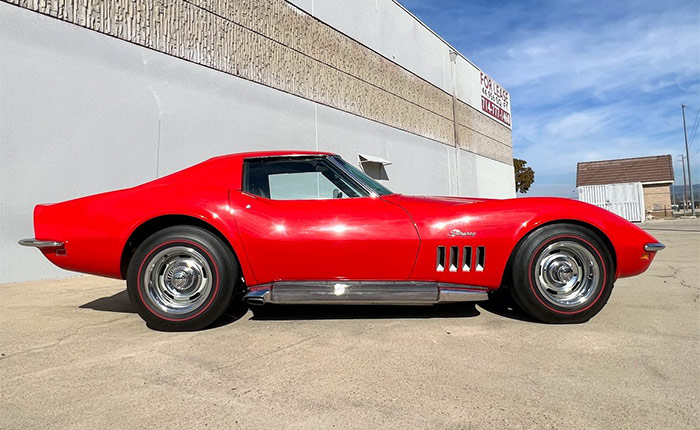 When we talk about collector C3 Corvettes, the big dog L88 tends to grab all the attention. However, let us not forget the more widely available L89. RPO L89 was selected by 390 buyers in 1969. It added aluminum heads to the potent 435hp L71 engine. While not rated with more horsepower, the lighter heads removed a ton of weight from the front of the car – a big plus for race time. 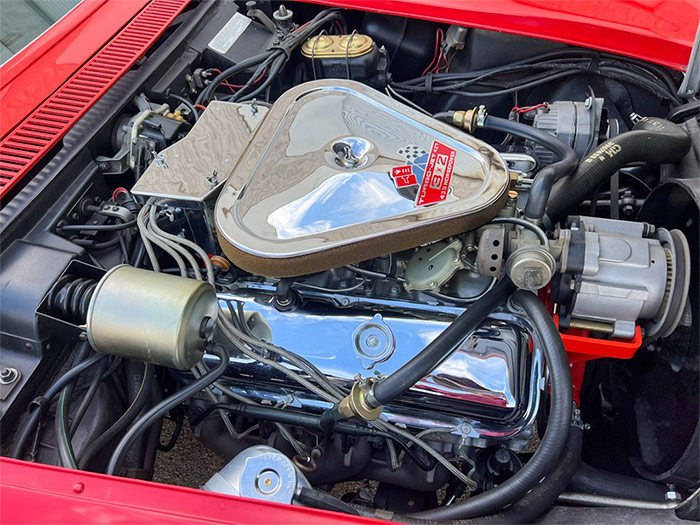 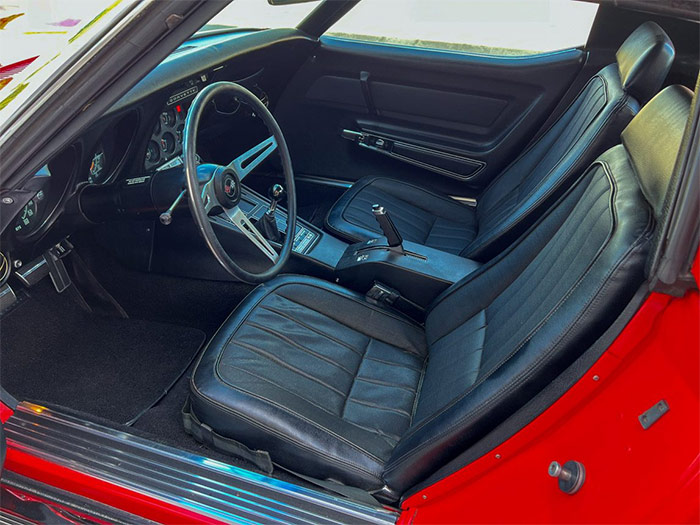 The numbers-matching ’69 Coupe has been frame-off restored and is heavily documented. Provenance includes the original window sticker, Tank sticker, Protect-O-Plate, Corvette order, and Dealer Invoice from Nickey Chevrolet. The engine has been certified original by Al Grenning’s CCAS, and it’s a Bloomington Gold Certificate winner. 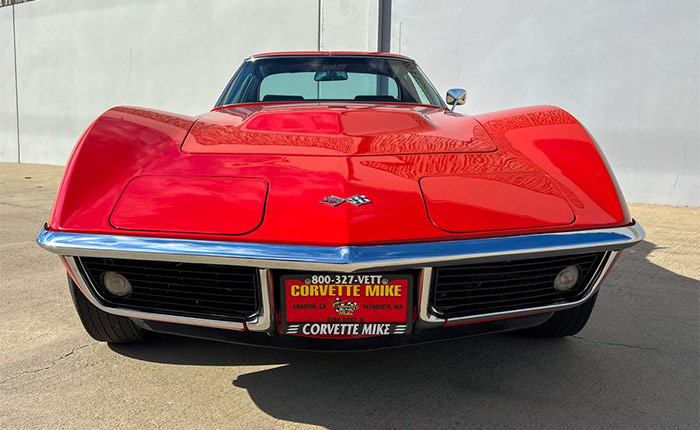 If you’re looking for a rare early C3 Corvette that won’t cost you L88 money, then take a long look at this hypnotizing red/red L89 coupe.

To learn more about these three highly collectible Corvettes for sale or to view the other collector Corvettes offered by Corvette Mike, visit them online at CorvetteMike.com or give Tim a call at 714-630-0700 and let them know you found these Corvettes on CorvetteBlogger.com!