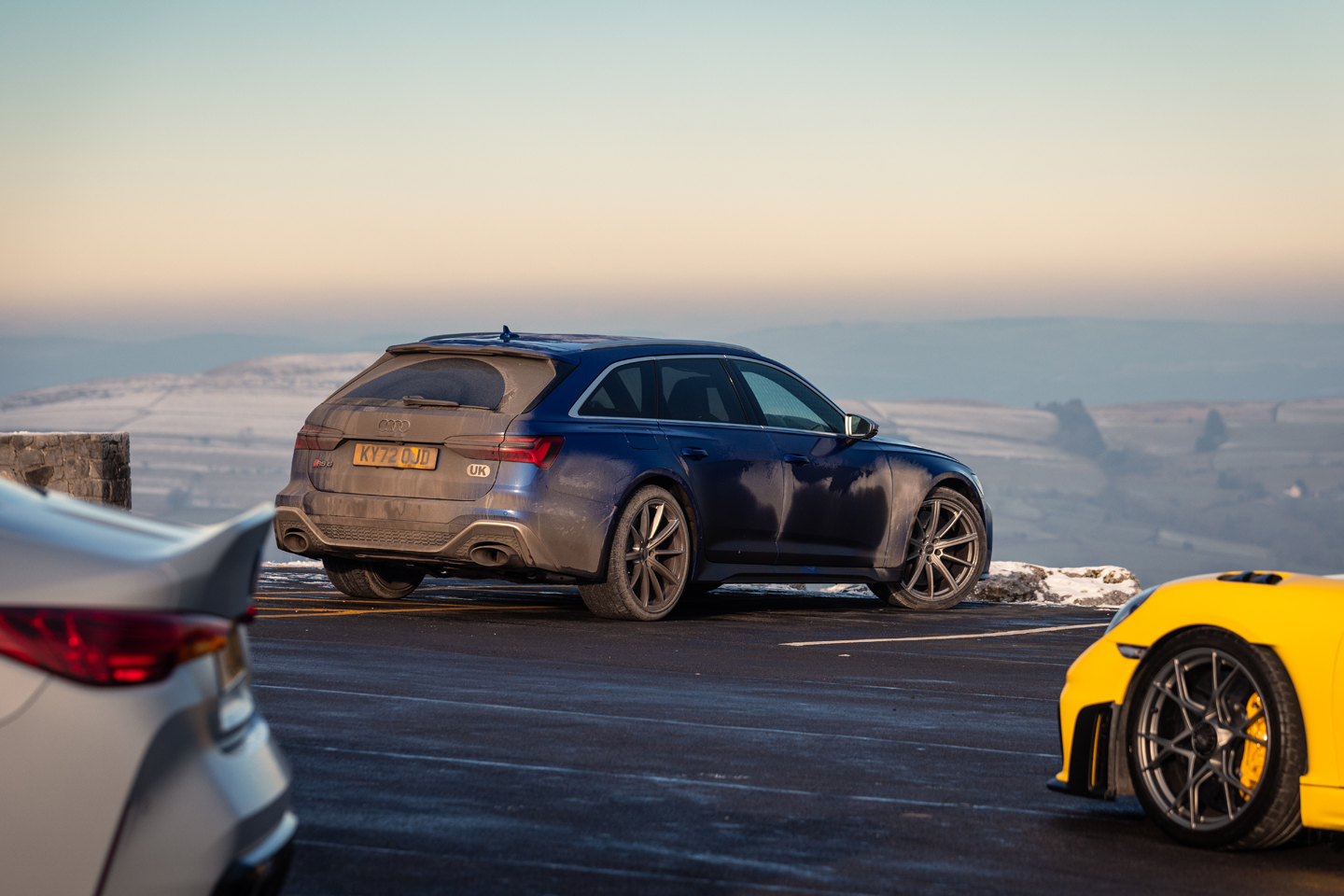 If the unsung hero of any car-based photo shoot tends to be the snapper themselves – I’ll accept no arguments on that – then coming a close second is the photographer’s car. Because it must be everything: fast enough to keep pace when journalists become BTCC drivers at lunchtime, big enough to cart all my stuff around (and me, when it comes to car-to-car tracking pics), reliable enough to be called on at a moment’s notice and efficient enough to keep the penny-pinching expenses folk happy. Naturally what you really want is a cool fast estate; what I have is a 2009 VW Passat. But it does the job and aside from the occasional bout of mending, it doesn’t cost me very much.

But there’s always room for improvement, and with the PH favourite car of the year shoot typically somewhere far-flung – and potentially wintery – it was decided that a properly modern wagon was required. In fact, the presence of the C8-gen Audi RS6 on Brecon served a dual purpose: a) keeping me safe, and b) celebrating two decades of Ingolstadt’s performance flagship before the 2022 candle fizzled out. The backdrop could hardly have been more appropriate for the latter – what else is there that can carry loads of stuff at supercar speed, and make you feel like a boss while doing it? Whether V8- or V10-powered, with five, six, or eight gears, a plush, expensive, twin-turbo quattro-equipped Audi Avant really does the business like no other.

I couldn’t have been happier. It might not be quite as flash inside as Mike’s Range Rover, but the screens work well and the seats are awesome for a long motorway journey. Perhaps they’re not quite as awesome for three unwise men in the back shouting directions to a curry house, but that’s really an issue of them being too large than the Audi being too small. Any bigger than this and it really would feel like the Range Rover, a craft that you dock rather than park and which only feels appropriately sized on the actual Black Mountain, not the road running alongside. 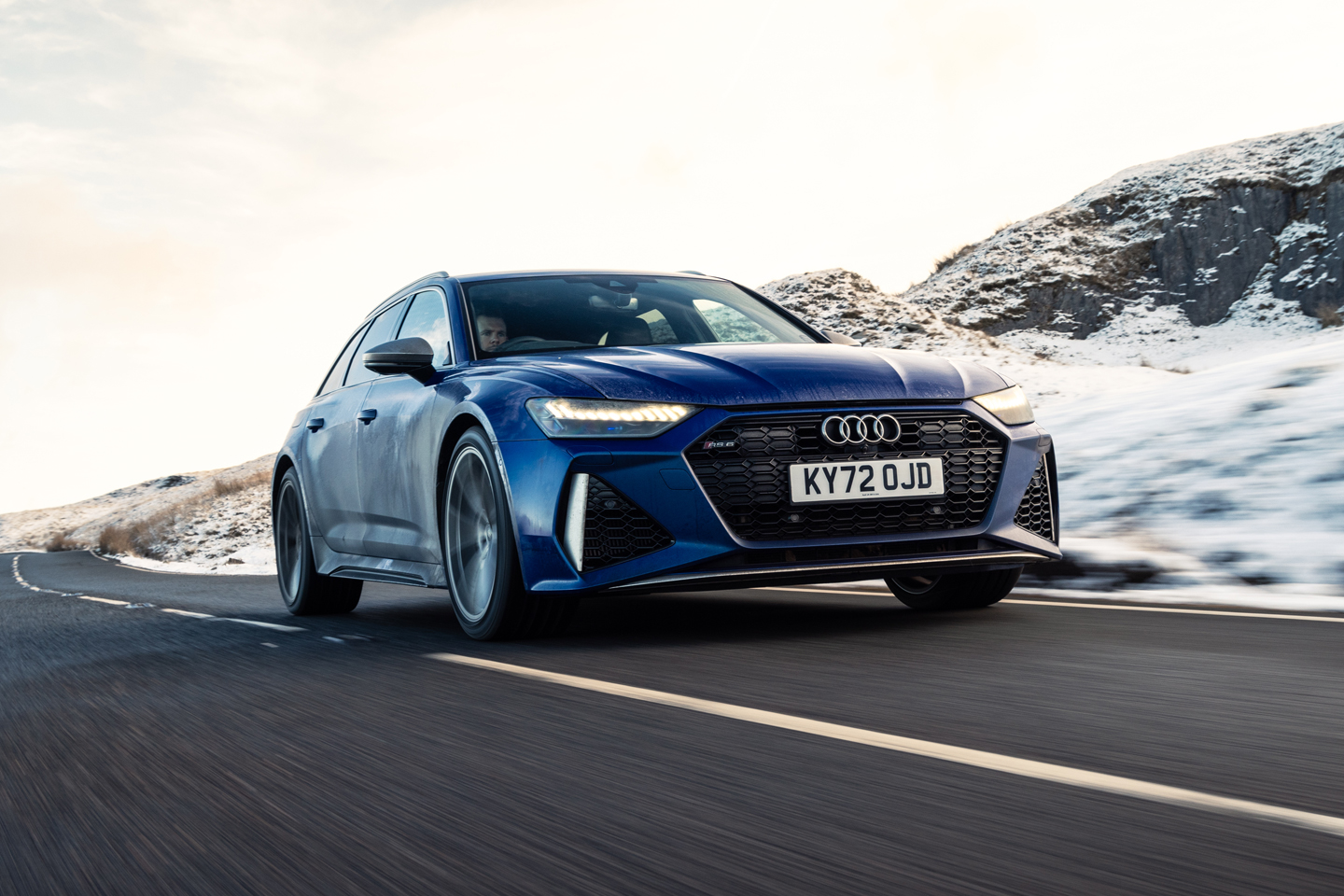 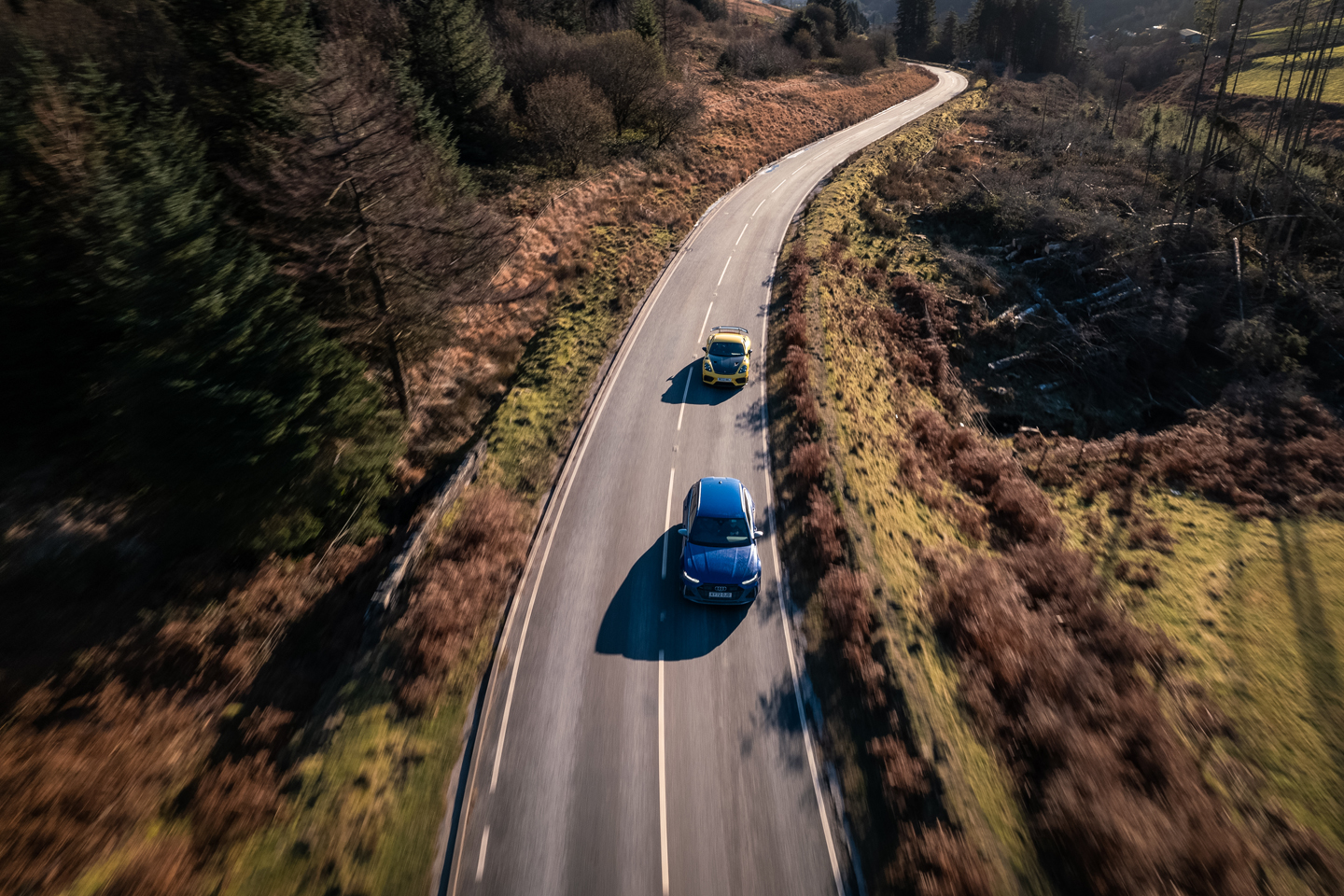 In Wales, in freezing conditions a week from the winter solstice, the RS6 is a photographer’s hot toddy. Warming (and cooling simultaneously, which is my favourite) thanks to those superb seats, hugely punchy thanks to that mighty 4.0-litre V8 hoovering up the cool winter air, and endowed with a practical, can-do presence not shared by most of the cars we were shooting. As ever, there’s a lot to be said for fast cars that still go about their job like (expensive) tools, and the C8 is never less than gratifying to use. Also – and this might just be long experience of the Passat talking – but the headlights are spectacular. Proper sheep retina burners.

There are minor issues, though. If much of the RS6 formula has (mercifully) stayed the same for the past 20 years, the design has not – and that’s a pity. Arguably, the model should be about spleen-flattening performance with maximum discretion, which the current generation – even in this more modest spec – just isn’t capable of. Once upon a time, shorn of its badges, it would take the kind of saddos I’m privileged enough to work with to tell an RS6 apart from any old A6 Avant. That’s no longer the case. Everyone seems to know about it, actually; even covered in dank winter grime, people drive a bit too close, trying to goad you into going faster, the way they think an RS6 should be driven. This is annoying when you’re just trundling along the M4, trying to defrost, and surely not an issue with the subtler generations behind it.

A remake of Layer Cake wouldn’t use this RS6, because it attracts too much attention. Also, Daniel Craig would endlessly be stopping to fill up. It’s all well and good Audi telling us it has aided efficiency by installing a mild hybrid system, but this is rather like the Indian restaurant adding a teaspoon of yoghurt to your phall – it isn’t going to have much palpable effect. The C8 averaged about 20mpg, which several other COTY contenders put to shame. Additionally (and this might just be me) but the car seems to attract as many disapproving looks as appreciative ones on a forecourt. Some of that might be the devil-may-care air of dishevelment fostered by all car snappers, but I’m inclined to say it’s also about the in-your-face attitude of the current RS6. Dollars to doughnuts, no one would even have noticed a C5 at the next pump. 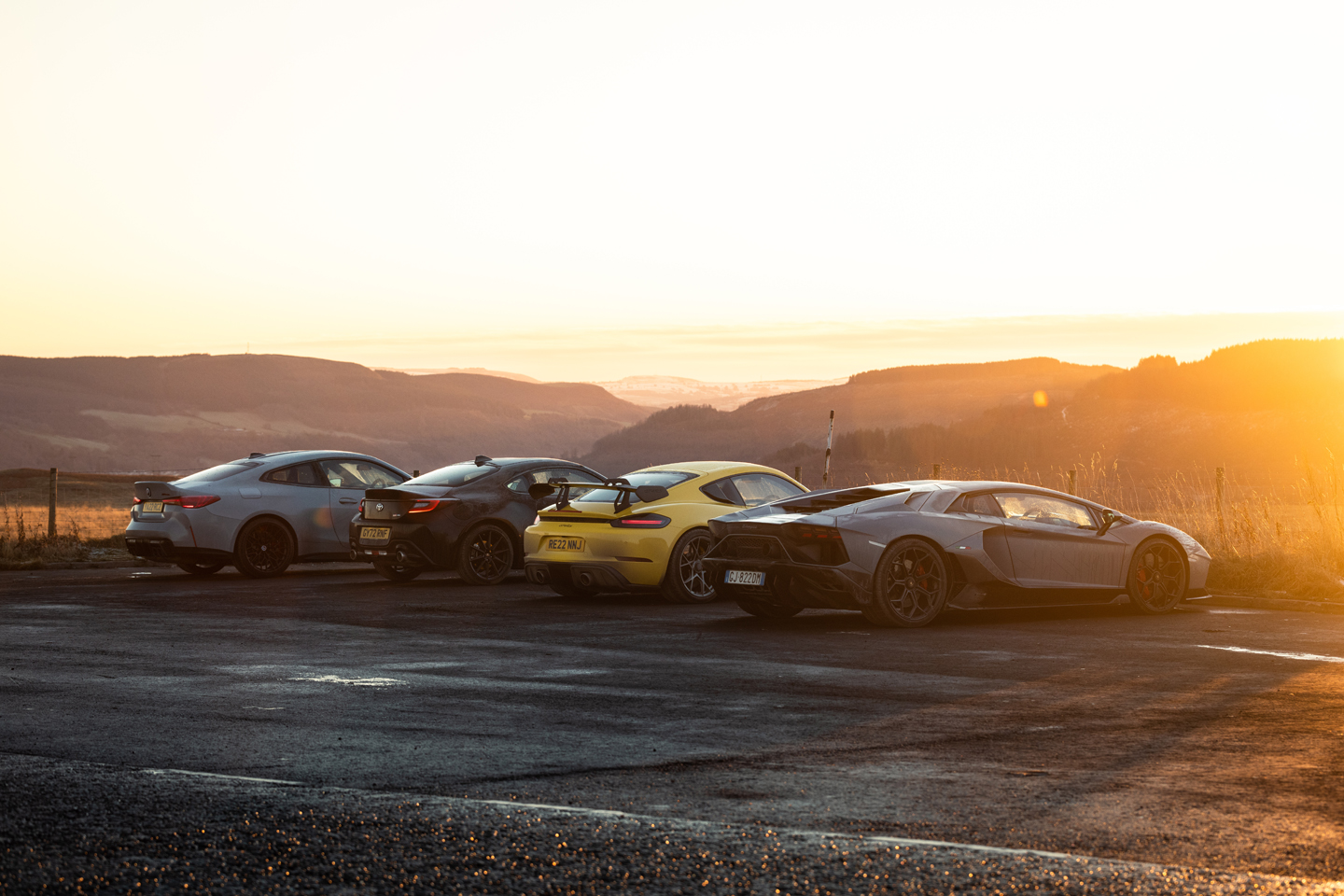 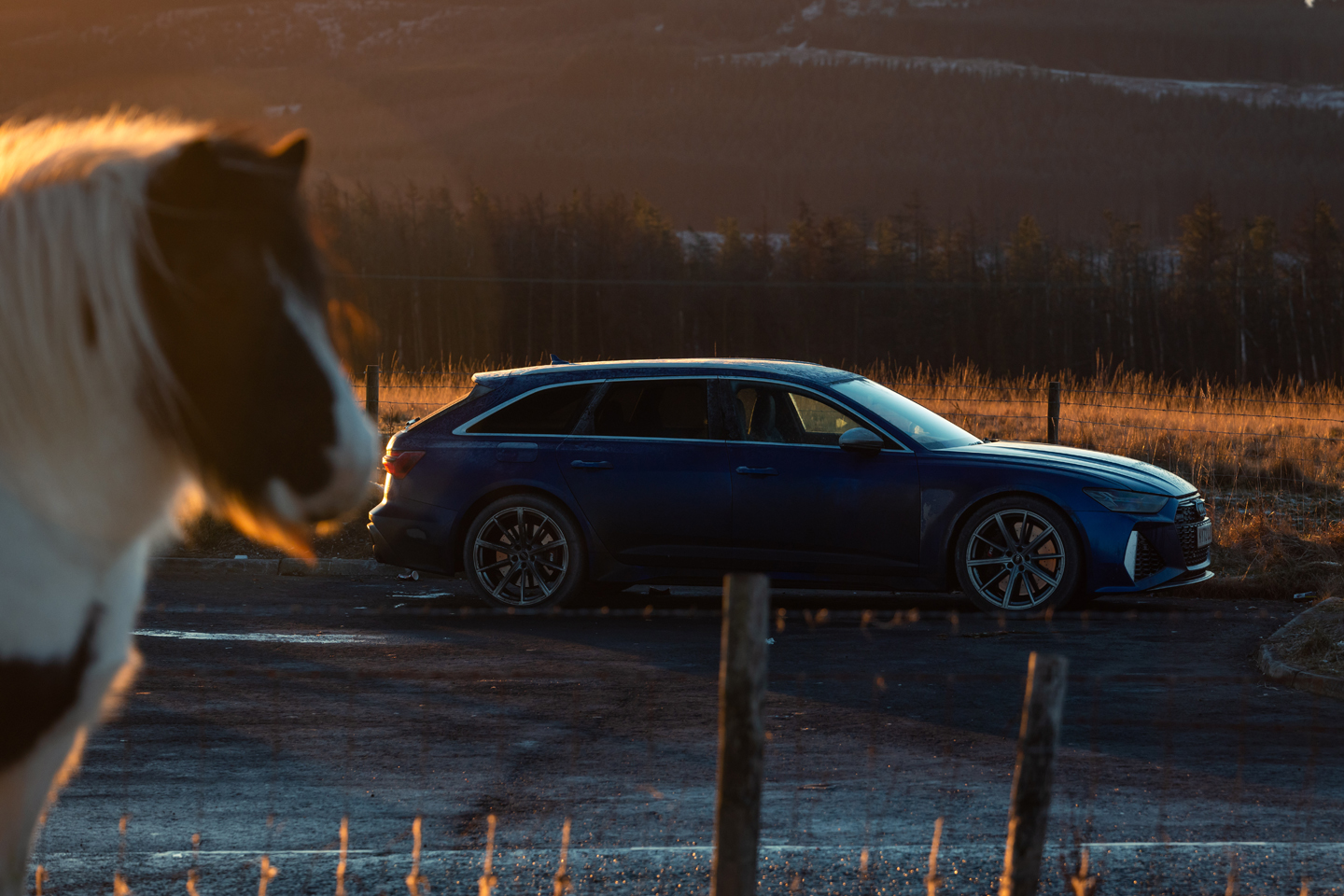 Still, when the biggest complaints are other people’s facial expressions and door glass that’s a bit too slow to drop down (annoying when getting in and out so much) it’s clear the RS6 gave a pretty impressive account of itself during my time with it. Moreover, where the C8 has occasionally been called out for not expecting too much of its driver, it’s actually a handy commodity when you’re preoccupied with filling (or emptying) memory cards and wondering how your flash broke or why it’s got dark so quickly. Pleasing uppity car journalists is one thing; appealing to people who are actually trying to do a job from their car is quite another. Obviously there are other big estate cars that cover a similar amount of bases, but short of a kebab van with a Russian Arm fitted, we couldn’t think of one better equipped to do the job at hand.

Certainly, I get the level of affection now piled in a heap after 20 years. It’s quite a wagon that can be parked next to the assembled greats of 2022 – and I think we can agree it’s been a good year – and not look out of place. Needless to say, a 600hp V8 underpins its intrinsic charm, but who could resist tipping the hat to a car which can tail an Aventador one minute, and then venture (partway) off-road with a Range Rover the next? It is that sort of all-round ability that saw it pass every test with flying colours, and while there’s (sadly) no chance of an RS6 replacing the Passat anytime soon – no matter how tempting the early cars might look – it easily ranks among the most consummate photographer wagons it’s possible to own. Which means it’ll almost certainly be brilliant at whatever you’ve got planned for it… 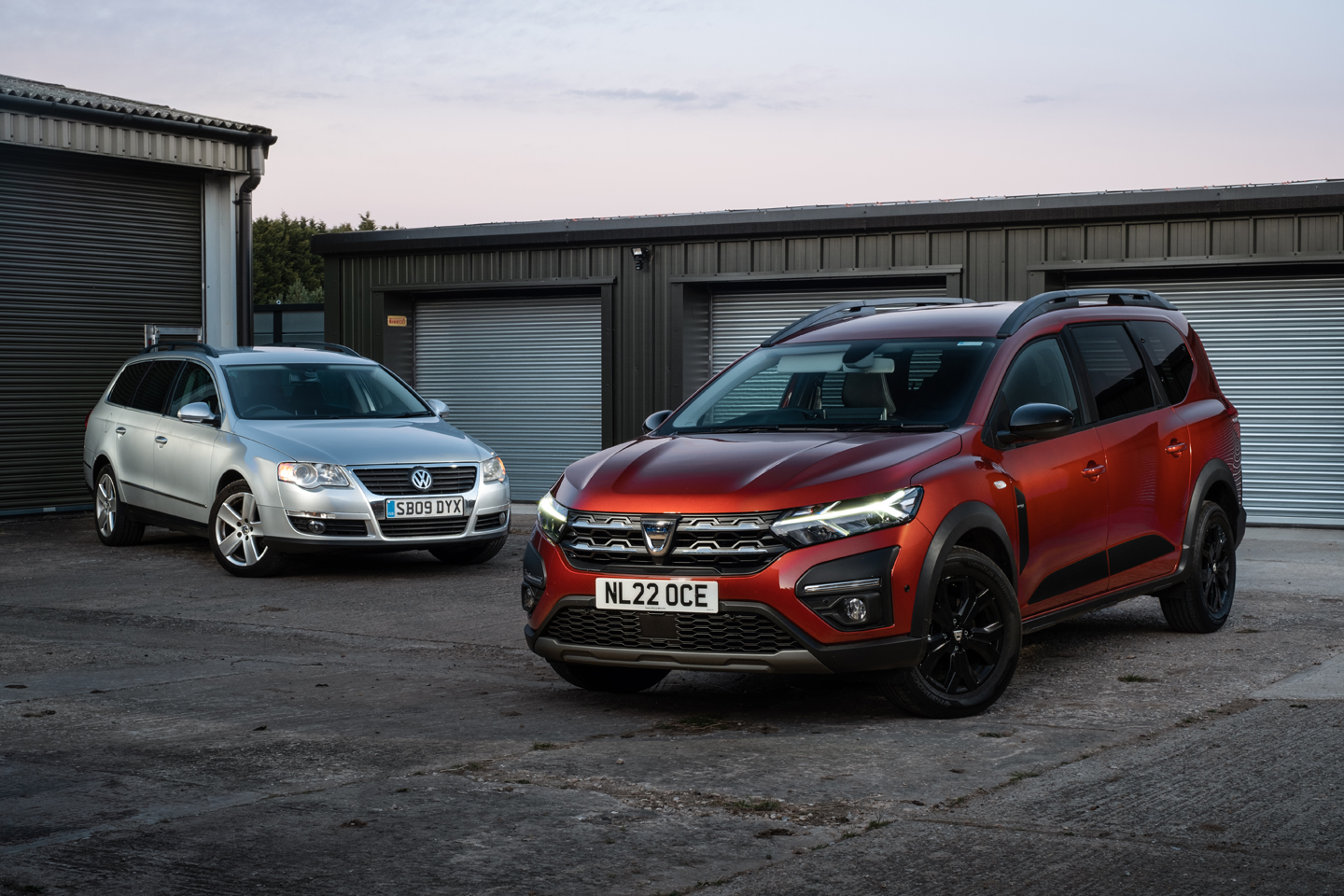 Happily, I get two for one here. It would be criminal to not shout out the Passat, because I spend an inordinate amount of time in it and while it is in the twilight of its working life, its value to me heavily outweighs the price the secondhand market would attach to it. That’s the way with cars, right? You buy them to do a job, then they worm their way into your affections. Consequently, at some point in the near future, I’m looking to make some thoughtful ‘upgrades’ to keep the old girl fighting fit for another 12 months – but more on that next year. With the other hand, I’d like to salute the Dacia Jogger I drove back in the spring. Sure, it isn’t the most glamorous car I’ve been let loose in this year, but it easily ranks as one of the most worthy. Huge space, low cost, zero fuss. And while I wouldn’t have it over the RS6 if they were being handed out, I’d have my work cut out explaining to my other half why Audi can charge the best part of £100k more for its less capacious wagon. If you’re not one for status or leather or V8s or adaptive AWD or all mod cons – but have lots of people to take places – I’d recommend it in a shot.