Spectre was the 24th film in the James Bond franchise, a series that started all the way back in 1962 with the release of the wildly popular Dr No.

Above Film: In this memorable chase scene from the film you can see the Defender SVX vehicles in action.

The films are based on the series of novels written by Ian Fleming, funnily enough the same man who wrote the endearing children’s film Chitty Chitty Bang Bang.

Fleming had been a British naval intelligence officer during WWII, and an important one at that, so his books about a fictional British spy named James Bond always seemed somewhat more believable than they otherwise might have.

The 007 series is now the most successful spy/action franchise in history, and its popularity shows no signs of waning. The most recent Bond film, No Time to Die, was released in 2021 and it grossed over $774 million worldwide.

Land Rover Defender SVX was developed for use on screen in Spectre with a very specific list of upgrades, particularly important were the notable visual upgrades for cinematic purposes. 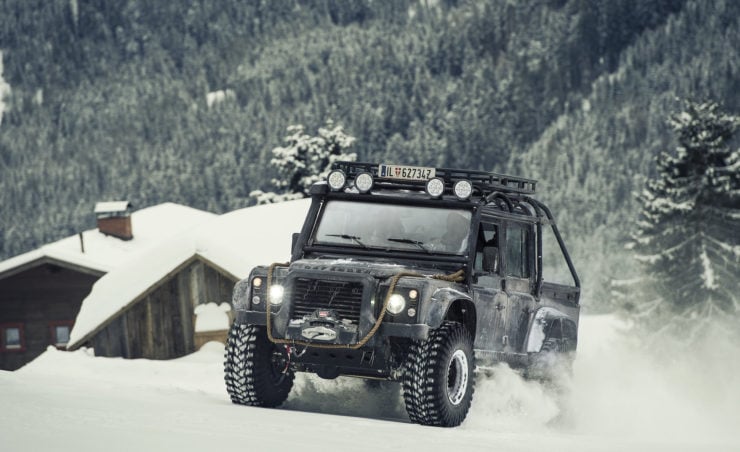 The Defender SVXs that were made for the film saw extensive action in the chase scene through the snow covered mountains. Image courtesy of Sony Pictures.

Each of the 10 vehicles started life as a long wheelbase Defender with a pickup truck back, four doors, and seating for five adults. The original front seats were removed and replaced with racing seats with harnesses for the stunt driving scenes, however the standard rear seats remained.

A full external roll cage was added, along with a roof rack, spotlights, a front mounted winch, a front nudge bar, and extended bolt-on wheel arches.

Those wheel arches were necessary to accommodate the chunky 37″ tires that would become one of the vehicle’s most memorable features. New lifted suspension was also fitted, and the engine received a new turbocharger, an uprated intercooler, and a new ECU to match.

Of the 10 that were made for the film 7 have survived, and they’re now considered among the more collectible of the modern James Bond vehicles.

The Defender SVX that you see here is an original built for the film, it’s road-legal in the UK, and amazingly it has just 470 kilometers (292 miles) on the odometer from new. 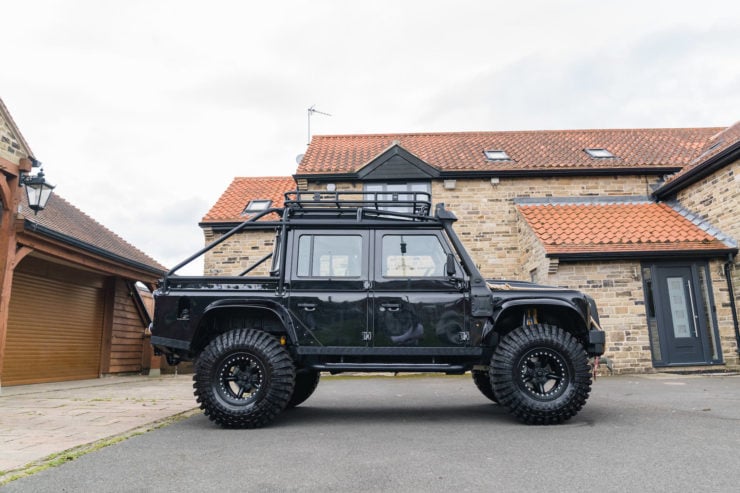 The lifted suspension and 16″ five-spoke ‘Beadlock’ alloy wheels shod with 37″ off-road tires ensure that this is one Defender that will never fit in on the school run.

Some of the surviving examples of the SVX that we’ve seen come up for sale since filming wrapped have had quite a bit of damage, however this one appears to be in remarkably good shape throughout.

The only major sign of wear are some scratches to the rear cargo area floor, which may have been caused by lugging camera equipment around while filming.

If you’d like to read more about this Defender SVX or register to bid you can visit the listing here. 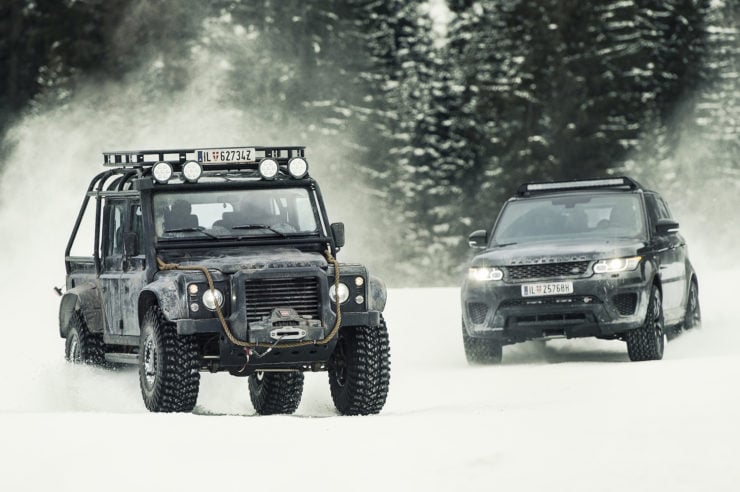 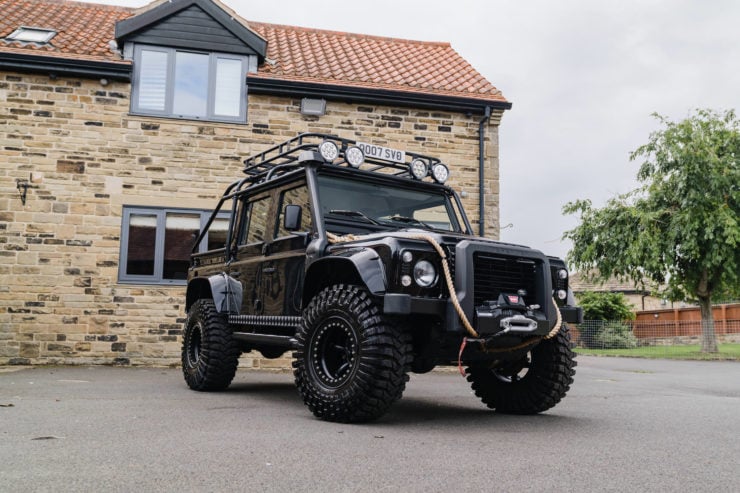 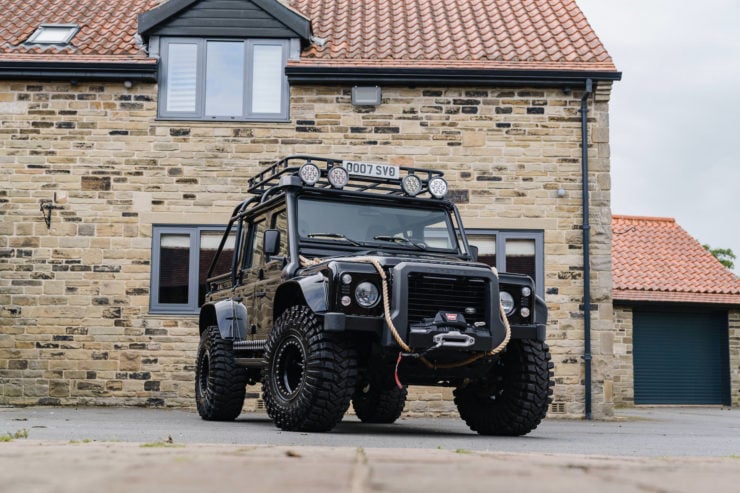 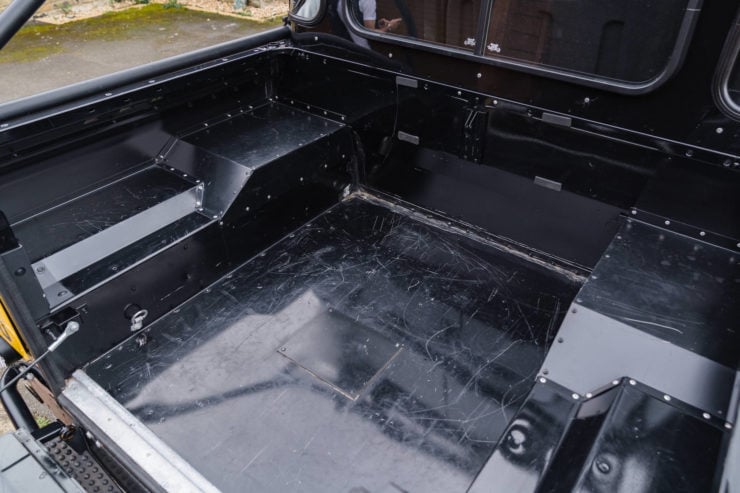 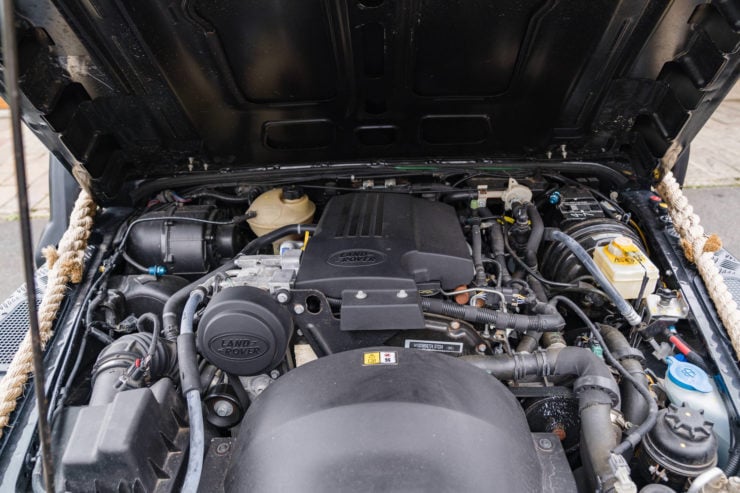 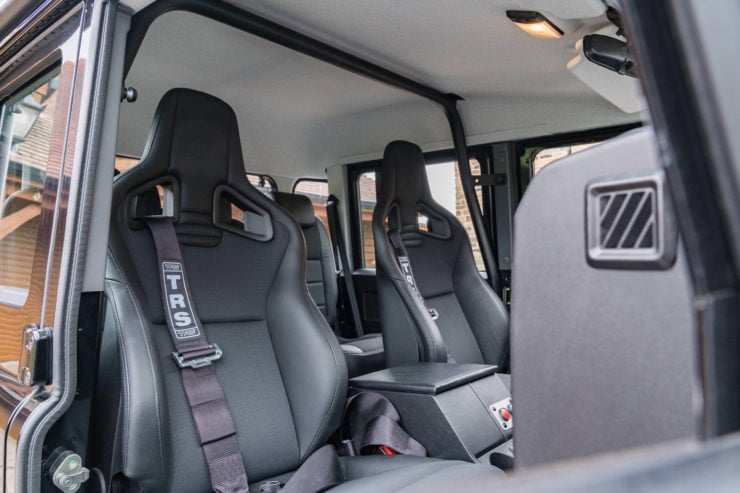 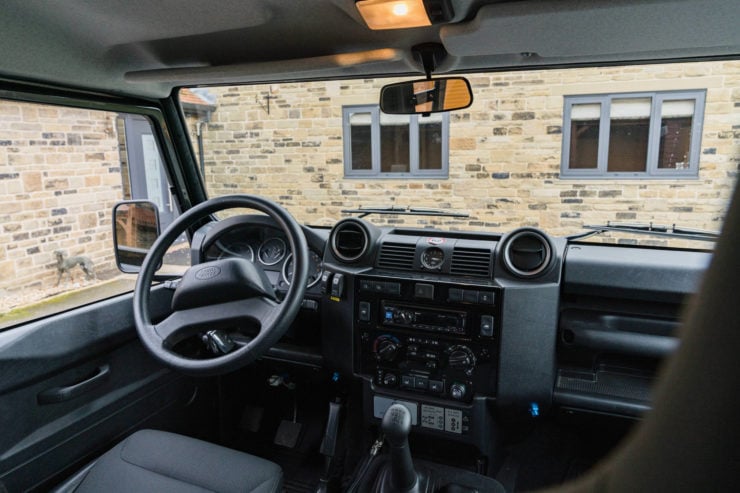 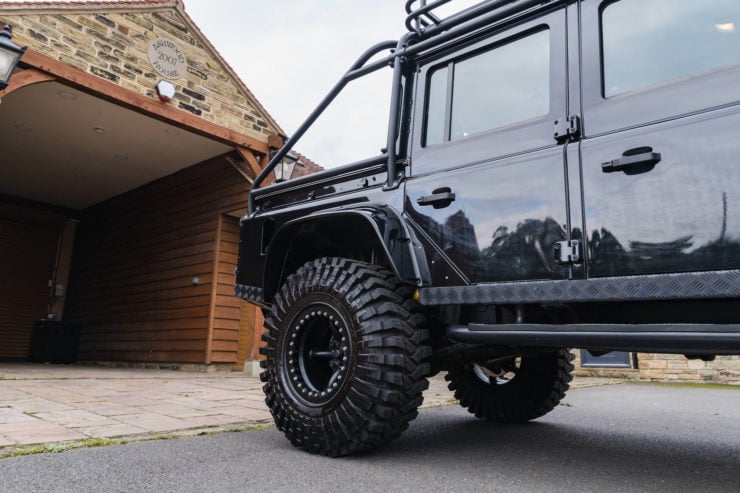 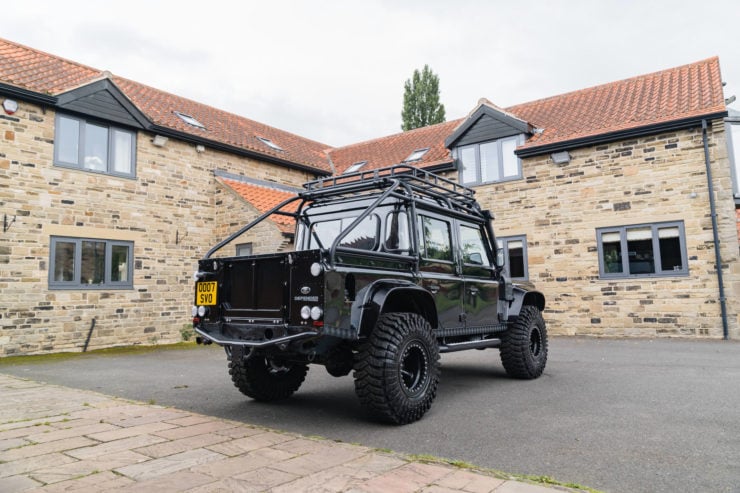 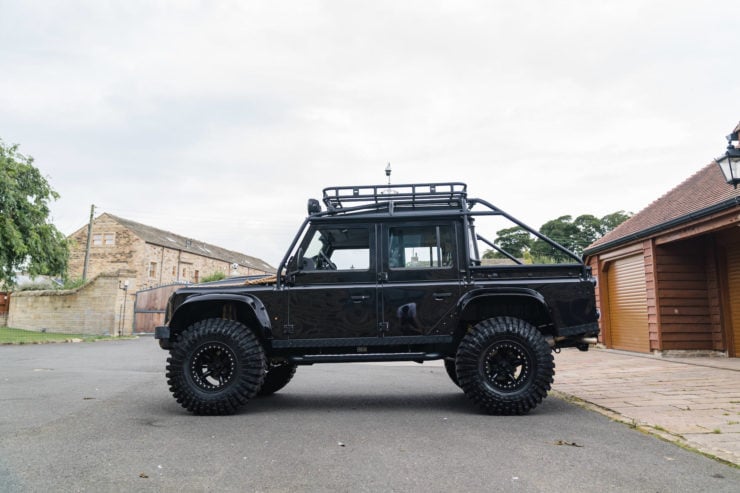 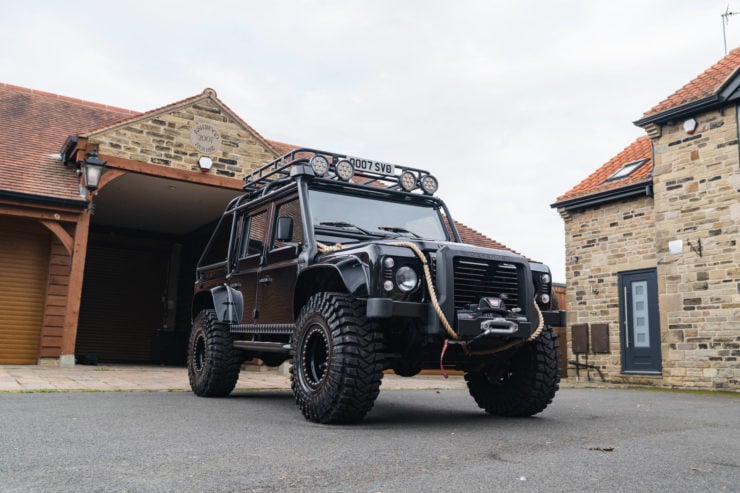 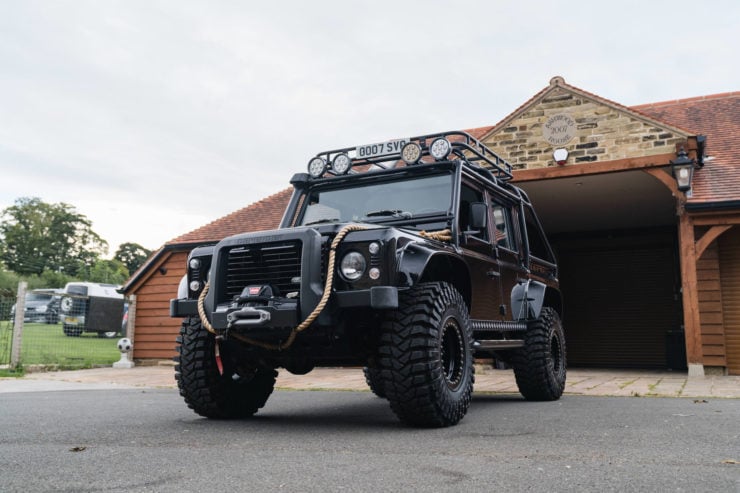 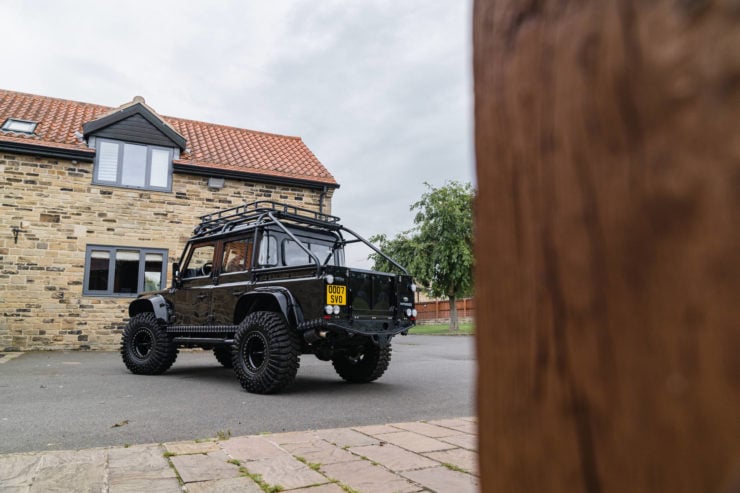 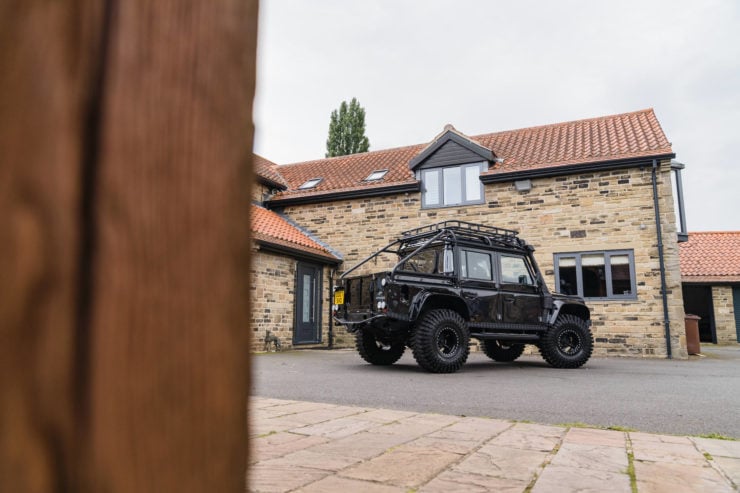 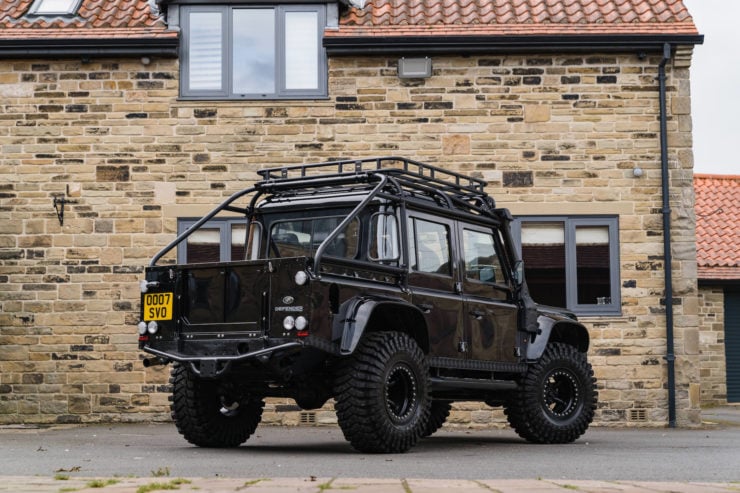 THE NORTHSIDE CUSTOMS COLLECTION: Over Two Dozen Original Muscle Cars and Resto-Mods Selling with No Reserve 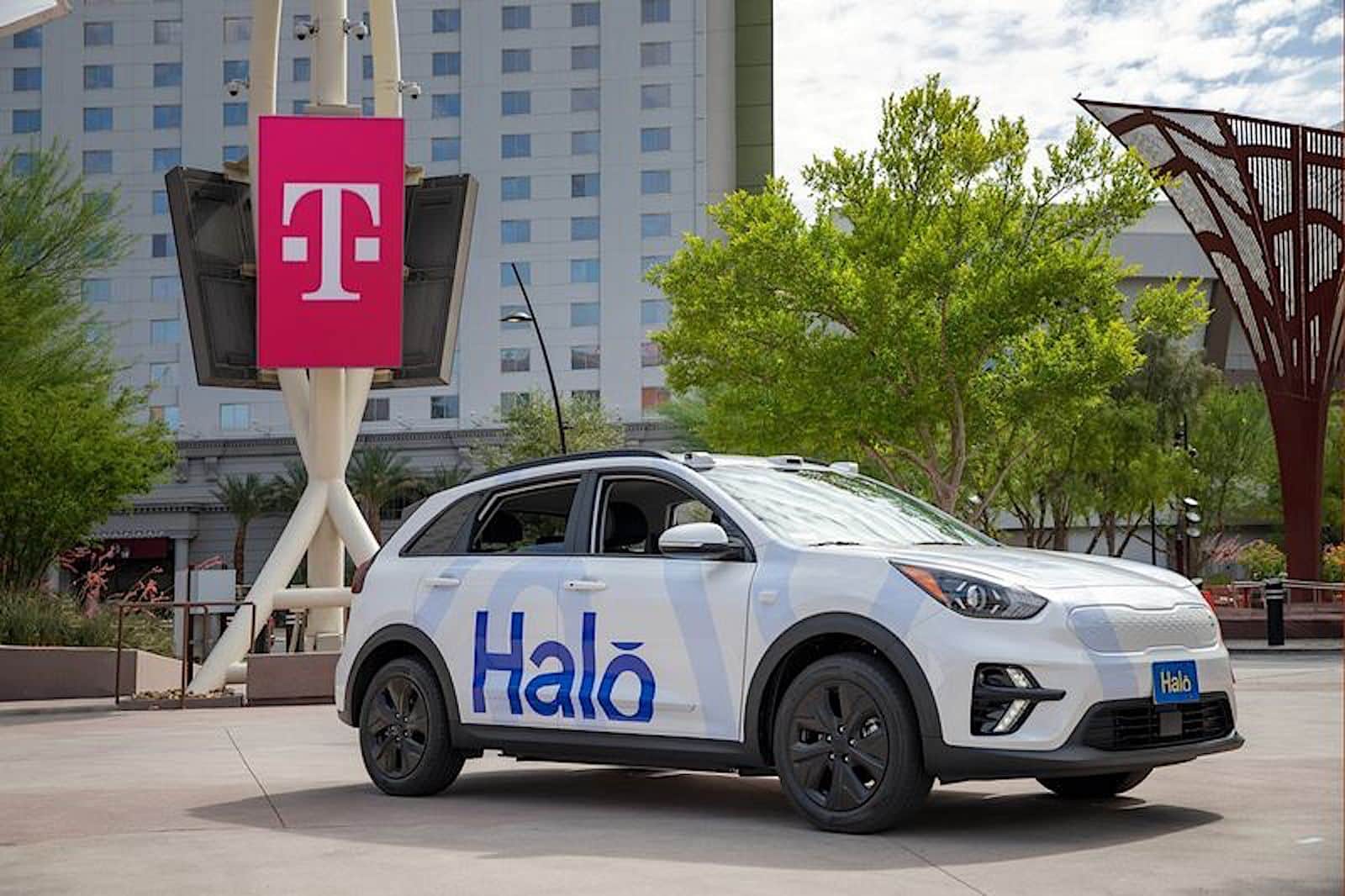 Remote Control Rental Cars will Come to You